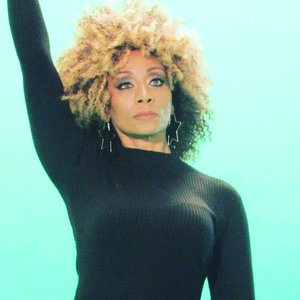 Recording & Performing Artist |
There are few artistes whose career intrigues different generations, Nadine Sutherland is one such. An artiste, whose talents are respected and admired in all age groups. Her voice heralded as one of the best in reggae music, her stage performances and hits captivating and breaking boundaries, her wide range of fans waiting to see what is next from this diva who constantly re-invents herself.
The ‘child-star’ made her stage debut at the age of nine as winner of Jamaica’s popular
“Tastee Talent Contest” in 1979. International Reggae superstar Bob Marley signed her to his Tuff Gong label while she was a pre- adolescent. Nadine went from being known as Reggae’s “Teen Queen”, with hits including “Starvation” and “Until”; to garnering international acclaim as the co-lead on dancehall anthems “Action” and “Anything For You”. Considered by fans and critics alike to be the premier Jamaican female vocalist of her generation, Nadine continued to fulfill the promise she demonstrated as a child.
In today’s overtly sexual and over-produced music market, Nadine Sutherland makes a deliberate effort to portray a sense of style and sophistication. She is a multi -talented female performer, who has been described as “capable, sexy and hauntingly beautiful, with uncompromising flair and intelligence”. Songs from her are now considered Reggae and Dancehall classics standing the test of time just like her. Her roots are embedded in the very heart of Jamaican culture. Although she has already accomplished so much in her life, Nadine has no intention of slowing down.