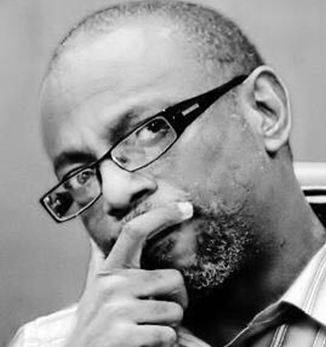 Clyde McKenzie is a noted figure in Caribbean media and entertainment . He is currently a director of Magnificent Events .He is the founding general manager of the phenomenally successful Reggae Radio (IRIE FM )which has consistently polled as the number one radio station in Jamaica since its inception over a quarter century ago. McKenzie served at IRIE for five years.
McKenzie is an executive producer of the Grammy Award winning album “Art and Life”
by the artiste Beenie Man whom he managed. He has also co- managed such acts as Lady Saw , Tanto Metro and Devonte and Ms. Ting.
Lady Saw scored a Billboard Top 10 hit with Gwen Stefani and No Doubt ( Underneath it All) . Tanto Metro and Devonte had a Top 100 Billboard hit Everyone Falls in Love. Miss Ting had a Billboard Top Forty Hit with Beenie Man ( Dude) who has a Billboard Top 40 Hit ( Feel it Boy) with Janet Jackson . McKenzie also shares songwriting credit on Beenie Man’s albums.
McKenzie is a director of the famed Shocking Vibes Production .
McKenzie has extensive experience in the production of high quality audiovisual content. He has worked on the production of a number of music videos including” Feel it Boy” ( directed by Dave Meyers ) which was shot in Malibu California and “Girls Dem Shuga “featuring Mya directed by Little X.
McKenzie was a judge for ten seasons on the most popular programme in the history of Jamaican television ( Rising Stars) which is the local equivalent of American Idol. He co-hosts the television programme ” Food for Thought” which is a current affairs show for which he also serves as executive producer and was the conceptualiser of the popular Jamaican chart programme FiWi Choice.
McKenzie has considerable experience in the production of large scale entertainment events. He has been the producer of such notable events as “Fire on the Waterfront”, an annual New Years event which attracted more than 100,000 revelers on the Kingston Harbour. He has served as creative director / producer or production consultant for such events as the Reggae Academy Awards; Ghetto Splash; Reggae Bash and Summer Sizzle. All of these events have attracted in excess of 20,000 patrons per night.
He has served as a consultant to numerous other entertainment events attracting such international personalities as Beyoncé, Chris Brown, Nicki Minaj, Lionel Richie to name but a few
He has been a regular guest lecturer at the graduate level in media and communications studies at the University of the West Indies and is a much sought after cultural commentator in the electronic and print media across the Caribbean.
He designed the associate degree course in cultural studies for NCTVET.
He has consulted extensively with public and private sector organizations across the Caribbean and South America in media and entertainment matters..He has worked with regional organizations such as CARICOM and Caribbean Export in the formulation of cultural policy and with sporting organizations such as the Jamaica Football Federation an affiliate of FIFA. He has also consulted on a number of festivals in the Caribbean and South America including CARIFESTA 2013 in Paramaribo Suriname.
He served in an advisory capacity on cultural matters for the Caribbean Regional Negotiating Machinery during the CARIFORUM / EU negotiation of the EPA during which a cultural protocol allowing greater access of Caribbean cultural workers to Europe was signed.
He has served on a number of boards in Jamaica and the Caribbean in both the private and public sectors including:, CPTC ( Creative Production and Training Centre) ;JCDC ( Jamaica Cultural Development Commission)JIPO ( Jamaica International Property Office) and chaired the EAB) Entertainment Advisory Board among others.He is also a member of the Sports and Entertainment Network. He has also served on the advisory board of the Barbados based Caribbean Export.
McKenzie is the recipient of the Order of Distinction conferred by the Government of Jamaica for services to the fields of media and entertainment.