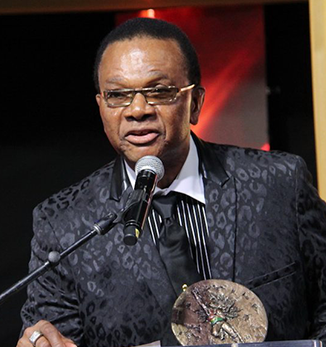 The Man behind the Reggae Stars!
Jamaica’s most prolific global tour manager, artist manager and reggae historian Copeland Forbes has single handedly put Jamaica on more maps internationally than most Jamaican dignitaries have done since the country gained independence from Britain in 1962. This renders Forbes, to be amongst some of the most powerful and esteemed stature in the reggae industry today.
Mr.Forbes has and continues to be the driving force behind the globalization of reggae music for over 50 years. We embrace this genius of a man as Jamaica’s Christopher Columbus, not for conquering new countries, but for introducing reggae and the Jamaican culture to the world. Forbes, a truly multifaceted man, began his music career in 1962 with the Harmony Cats, a very successful group that performed at corporate functions across Jamaica. A few years later, he debut his dancing career with a new group he formed “THE COASTERS” at Club Sombrero, appearing with the Mighty Vikings band. His dancing career evolved into the most illustrious and rewarding opportunity ultimately landing him in his first of four
movies he acted in. The first being THE FRENCH CONNECTION starring Gene Hackman and Roy Scheider which won five Academy Awards, followed by Groove Tube, Good Bye Baby and Forty Carats with Liv Ulman plus a regular spot on the most popular TV dance show at that time in the USA, “Soul Train”. Following this success, he turned his passion for his country and reggae into one of the most distinguished artist management and Tour management careers in popular music.
During his exceptional career, this reggae music pioneer who was once Mayor of Kingston, a Queen Scout who has attained the Duke Of Edinburgh Gold Award has met and travelled with such Royalties as HRH Princess Margaret and Lord Snowden, HRH Queen Elizabeth the Queen,s mother, HRH the present Queen Elizabeth the Second, Prince Phillip (The Duke of Edinburgh), Secretary General of The United Nations U Thant, Prince Constantine who later became King Constantine of Greece and His Imperial Majesty Emperor Haile Selassie during his visit to Jamaica in 1966. During his over 50 years in the music fraternity, Forbes worked in the capacity of Tour Manager, Tour Coordinator, Road Manager and Personal Manager and also guided the careers of reggae international superstars: The Wailers 1972-1973, The Mighty Diamonds, Black Uhuru, Third Word, Gregory Isaacs, Marcia Griffiths, Peter Tosh, John Holt, Luciano, U-Roy, Sly and Robbie, The I-Threes, Jimmy Cliff, Andrew Tosh, Dennis Brown, Frankie Paul, Girlztown, Live Wyya Band, Lloyd Parks & We The People Band, Beres Hammond, Freddie McGregor, Chaka Demus & Pliers, Maxi Priest, Sugar Minott, Junior Reid, Mutabaruka, Fela Kuti and King Sunny Ade (fr.Nigeria) Sizzla Kolongie and Burning Spear, et al, this list is not exhausted.
In fact, Forbes has taken a lot of the super stars on their maiden tour. Beres Hammond, Ziggy Marley and the Melody Makers, The Mighty Diamonds, the I-Threes….Working with these talents have afforded Forbes the opportunity to not only socialize with royalty and heads of states but to be present at some historical events in the music world. Some of the most salient are: Peter Tosh’s tour with the Rolling Stones in the late seventies, Tosh’s tour of Swaziland 1983, Jimmy Cliff historical concert tour of South Africa and Brazil in 1980, Reggae Sunsplash African Tour 1988 and President Obama’s inauguration in Washington DC January 2009.
Forbes has been the recipient of over 250 international awards for his contribution to reggae music and his country. In June 2011, he was awarded “The Toronto International Jamaica Day Legend Award,” and the “Ottawa Reggae Festival’s Life Time Achievement Award” by 2 Canadian Organizations.In 2016 Forbes was presented with a citation by the city of Hartford Connecticut in appreciation of his distinguished service and outstanding contribution to Jamaica’s musical legacy.
Forbes continues to be the driving force behind the staging of some of the most historical events in Jamaica’s music history:
Summer of 2012 was the highlight of Jamaica’s golden anniversary celebrations. Copeland Forbes was one of the main organizers of this very successful and talked about “Jamaica 50- RESPECT JAMAICA” concert series, to celebrate Jamaica’s 50th Anniversary of Independence. The 14 day concert series was staged in tandem with AEG LIVE LTD, at the Indigo Concert Hall, London 02 arena in Greenwich, London.
Copeland Forbes was the main organizer behind the staging of events to celebrate Reggae’s Queen, Marcia Griffiths, “50th anniversary celebrations.” The much talked about “Marcia Griffiths & Friends” concert series at the 2014 staging of the Jamaica Jazz & Blues Festival at the Multi-stadium in Trelawny, Jamaica. The 2014 staging of Marcia Griffiths & Friends at Grooving in The Park outdoor concert in Queens NY which broke attendance record at the park with an attendance of over 40,000 patrons (a Guinness Book record for Roy Wilkens Park).
In April of 2015, Forbes along with Minister of Culture,Sports & Gender Olivia “Babsy” Grange were the main organizers of the first “Abbi Reggae Music Festival and Conference” held in Abidjan, Ivory Coast, Africa. The 4 day event featured some of the finest Reggae entertainers in the continent of Africa and Jamaica. Some of the headliners were; Third World Band, Marcia Griffiths, Kymani Marley, Judy Mowatt, Dub-Poet Mutabaruka, Alpha Blondy,Morgan Heritage and the 809 Band, just to name a few.
Copeland Forbes trademark stamp of approval and planning was also visible in the staging of “Marcia Griffiths & Friends” 50th anniversary tour, which featured artists Marcia Griffiths, Bob Andy, Judy Mowatt, Richie Spice, Tanya Stephens and the 809 Band. The Tour was staged in the UK, in August 2015 making stops in places like Bristol, Leeds, Birmingham, London, and Ireland. More greatness of this living Reggae Legend is yet to come, while the world awaits and anticipate the release of his long awaited and overdue Autobiography “REGGAE MY LIFE IS”
“The Height That Great Men Reach and Kept was Not Attained by Sudden Flight”
Comar Productions Ltd
8 Brompton Road, Suite E4
Kingston 5, Jamaica WI
Tel.876-978-3556 / US# 561-594-5051