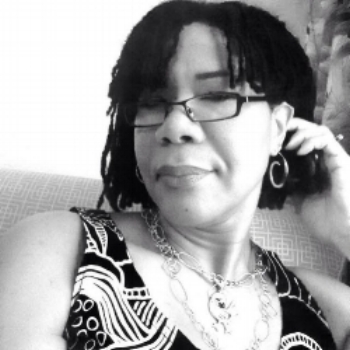 0
Speakers 2016
The Institute Of Caribbean Studies / The University Of The West Indies  |
The inaugural Rhodes Trust Rex Nettleford Fellow in Cultural Studies (2005) and a Senior Lecturer in Cultural Studies at the University of the West Indies (UWI) at Mona, Sonjah Stanley Niaah currently heads the UWI’s Institute of Caribbean Studies, and is a leading author, teacher and researcher on Black Atlantic performance geographies, popular culture and the sacred, and Caribbean Cultural Studies more broadly. She is the author of Reggae Pilgrims: Festivals and the Movement of Jah People (forthcoming Rowman and Littlefield Int’l), Dancehall: From Slave Ship to Ghetto (2010, University of Ottawa Press), and editor of “I’m Broader than Broadway: Caribbean Perspectives on Producing Celebrity’ (Wadabagei, Vol. 12: 2, 2009). Dr Stanley Niaah currently serves as Vice Chair of the international Association for Cultural Studies for which she coordinated the first conference held in the Southern Hemisphere at the UWI (2008). A Jamaican nationalist and Caribbean regionalist at heart, she is involved in efforts to promote national and regional development through her past work as Assistant Chief Examiner for the Caribbean Examination Council Advanced Proficiency Examination in Caribbean Studies, service in the Ministry of Youth, Sport and Culture and recent service on boards such as that of the Museums Division of the Institute of Jamaica. This continued in her recent secondment to JAMPRO (2014/15) where work on the State of the Music Initiative she commenced in 2014 was advanced in the Creative Industries Unit. Her contribution to the areas of culture and entertainment continues also in her service as a director / board member on the National Entertainment Advisory Board, Edna Manley College of the Visual & Performing Arts, and the Monitoring and Content Committee of the Broadcasting Commission, Jamaica. Dr Stanley Niaah currently serves on the boards and editorial collectives of numerous academic associations, journals and institutions including Cultural Studies and DanceCult. She is also a member of the selection committee of the Rhodes Trust Rex Nettleford Fellowship in Cultural Studies. Having developed a keen interest in social media as a significant area influencing how culture is produced and consumed, Stanley Niaah is an active tweeter (@culturedoctor) and gives occasional talks on building communities using social media. She is also a blogger at dancehallgeographies.wordpress.com.