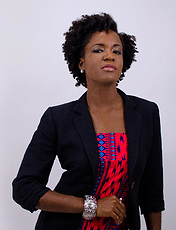 Joan is driven by a belief that a concerted focus on developing local creative industries will correct the societal and economic problems plaguing Jamaica. This belief (held some 13 years now) led her to pursue tertiary studies in Australia where the unique course combination of an LLB and Bachelor of Business (Music Industry specialisation) was offered. She completed both degrees and was awarded with Honours for her Research Paper titled “Emancipating ourselves from mental slavery: A socio-legal exploration of Copyright Law in Jamaica.”
After graduating she secured her Articled Clerkship legal training in the Entertainment Law division of Marshall’s & Dent Lawyers in Melbourne Australia. Under the supervision of Bryce Menzies she practiced and assumed responsibility for case management of a variety of music, theatre, video gaming, animation and film related matters. She importantly received in-depth training in film financing, film documentation delivery (Chain of Title), and structuring multinational co-productions.