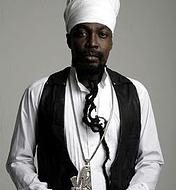 Born in Kingston, Jamaica, Delroy ‘Junior’ Reid originally came into prominence around 1984 as part of theWaterhouse crew, and quickly gained fame in Jamaica and dancehalls abroad from such hits as “Original Foreign Mind”, “Reggae Gone Cross the Border” and his take on Michael Jackson’s “Human Nature”.
in 1990 he scored a hit with the song “One Blood” which would go on to be his anthem.
Reid has collaborated with some of the biggest names in hip hop and R&B having recently been featured on tracks with The Game, Wu Tang Clan, Mims, Rick Ross and others. Reid has aldo graced the stage with such luminaries as Alicia Keys.
Reid continues to tour the world and is enjoying a rebirth in the hip-hop world with his catchy yet raw dancehall vocals, remaining relevant in a tough, ever-changing business.