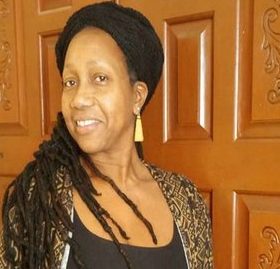 Masani Montague is a playwright, director, journalist, novelist and researcher. She has written, directed and produced several radio plays, stage plays and music videos. Her plays and radio plays include: Up On Eglinton, Breakout, Soundclash, Reasoning With My Sisters, Danger To The Public and To Sheba With Love. She has directed music videos such as, Silhouette, Serious Judgement, Shoeshine, Up On Eglinton and Danger To The Public. She has produced and directed docu-dramas, Cycle of Violence, Youth Against Violence and It’s Not Alright! and written the novel, Dread Culture. She holds a diploma in Journalism from Humber College and two degrees from York University; a BA (Honours) in Creative Writing and a MES degree in Environmental Studies. She is currently completing her Masters in Education at York University. Masani owns and operates Masani Productions – promotion, production and distribution of books, films, videos and records for the past 35 years. She has been active in the Rastafarian and Black communities in Toronto for the past 41 years, organizing events such as the First International Rastafari Conference held in Toronto in 1982 which jump started the Second International Rastafari Conference held in Jamaica in 1983. She coordinated the month long program, Voice of Thunder: Dialogue with Nyah Binghi Elders in 1984 and produced the annual Rastafest Music Festival from 1993 to the present. She is the executive director of Upfront Theatre Foundation, producer of the annual festivals, Rastafest and Sistahfest.