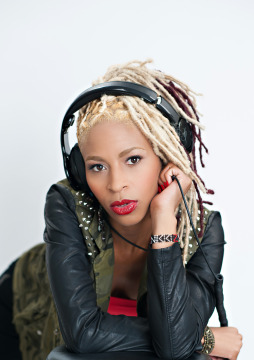 VP of Content: 21st Hapilos Digital Dist.,
Radio Personality: Energy JA 102.1FM |
Nicole Duhaney better known as Nikki Z had always wanted to pursue a career in media. A strong minded and opinionated individual, she kept listeners on the edge of their radio dial in Jamaica, as the host of the weekday Rise and Blaze Morning Show on FAME FM 5:00am to 9:00am.
Prior to joining the Fame FM team, Nikki Z worked at Jamaica’s ZIP 103 FM where she quickly established herself as the maven and diva of morning radio commanding a strong presence and eventually helping to push the station’s ratings in the national all media survey to double digit figures. Nikki Z is the creator of the syndicated radio countdown show Nikki Z Hot 20 Countdown. It is aired in several key markets in the US, the Caribbean, the UK and in Europe.
In 2017, Nikki made the transition to the corporate side, becoming the Vice President of Client Projects and Content for 21st Hapilos Digital, the largest digital distributor of Dancehall, Reggae and Caribbean music.
Nikki recently announced spearheading a new radio station in Jamaica, Energy JA 102.1FM (currently in its testing phase), where she will serve as morning show host. She will maintain her post at Hapilos.