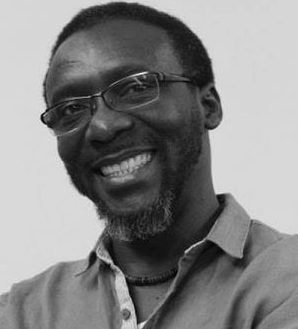 Writer/Educator/Performer, Ellis International Ltd |
Owen ‘Blakka’ Ellis is a writer, educator and performing artist. Known mostly for his work in comedy, he has written scripts for stage, screen and television, taught English and Drama in high schools and lectured at the Edna Manley College of Visual and Performing Arts for several years.
He performed on Reggae Sun Splash and at international music festivals as percussionist/backing vocalist with dub poet Oku Onuora, and established his talent as an actor in two national pantomimes, numerous local plays and several television commercials.
In Canada, Blakka worked as drummer, choreographer and director for the Heritage Singers, director/dramaturge for writer and actress d’bi young, and as actor in the stage productions I Marcus Garvey and Letters from the Dead. His film & television credits include appearances in Warner Brothers’ ‘Club Paradise’, ABC TV’s ‘Going to Extreme, and Jamaican blockbuster ‘Dancehall Queen’. He has also performed at comedy festivals all over Europe, North America and the Caribbean either as a solo comedian or as part of the legendary Bello & Blakka duo.
He has penned two books of poetry, is a columnist for the Jamaican STAR, and has written lyrics for noted Jamaican singers including a song which placed 2nd in the JCDC popular song competition.
Ellis studied Theatre Arts and Drama Education at the Edna Manley College, and Social Work at UWI. He has a Master in Environmental Studies [M.E.S.] degree from York University and is currently doing studies in pursuit of a PhD in cultural studies.