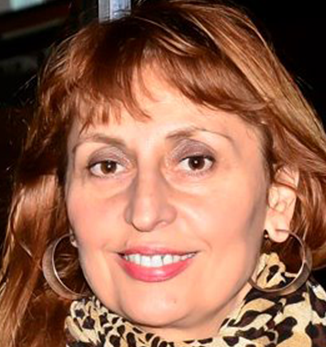 A New York City based journalist who has for 28 years specialized in writing about Caribbean music and culture. A longstanding contributing writer to Billboard Magazine and Billboard.com, Patricia regularly reports on events held in Jamaica, and throughout the Caribbean, from a music business perspective. From pioneering ska acts to calypso legends to upcoming dancehall reggae stars, Patricia’s writing has brought exposure to artists and events that otherwise wouldn’t be featured within the mainstream media.
Patricia is the former Music Editor of Air Jamaica’s award winning in-flight magazine SkyWritings, a position she held for 12 years, until the airline ceased operations and the publication of its magazine. She is the former Culture Editor of the Caribbean-American lifestyle publication Jamrock Magazine; she was a staff writer at Bobmarley.com, the official Bob Marley website owned by the Marley estate and a former editor of the English language edition of the German reggae publication, Riddim.
Additionally, Patricia has freelanced for numerous media houses including The Associated Press, The Village Voice, The Miami New Times, The Source Magazine, Caribbean Travel and Life Magazine, Vibe Magazine, Songlines (UK) and Excelente (Spain). She has assisted many Caribbean artists with developing their bios and other media tools required for the international marketplace. Patricia has also penned numerous sets of liner notes for various Caribbean artists’ albums, including Bob Marley and the Wailers Live Forever, which was submitted to the National Academy of Recording Arts and Sciences for Grammy consideration in the Best Albums Notes category.
Patricia is a former member of the Recording Academy’s Reggae Screening Committee, which reviews submitted albums for eligibility in the Grammy’s Best Reggae Album category. She is also the proud recipient of several awards for her writing including the Caribbean Media Exchange Journalism Excellence Award, the Tropicalfete Award of Excellence and the Irie Jam Media Group Caribbean Heritage Award for the Advancement of Caribbean Culture. In September 2015 Patricia was recognized with a legislative resolution from New York Senator Jesse Hamilton as a commendation for her eminent work as an American journalist. On July 19, 2018, Patricia was the recipient of the Golden Pen Award for journalistic achievements at the inaugural Inspire Awards, held as part of Jamaica’s Reggae Sumfest, the island’s largest music festival.*