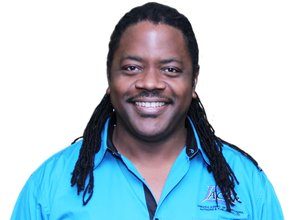 There seems to be no power on earth that will stand in the way of ultimate success for Paul Barclay, who after releasing his first Chart Toping single ‘NO Power on Earth’ by George Nooks, under his KatsJam Records label, is now being recognised as one of Jamaica’s bright songwriters and producers and publishers. Having gleaned the right experience and exposure over the years by being the musical director or band leader for world renowned talents like, Grace Thrillers, Carlene Davis, Papa San, Judy Mowatt, among others, Paul was ready to explore the world of music and to heighten the consciousness of many through the language and dynamism of reggae music. Recalling his love of chemistry from high school days, the meaning of one word seemed to have left an indelible mark on his mind – Catalyst – that which has the ability to instigate change without itself being transformed. Katalys Crew was the next major project embarked upon by Paul. This is a Reggae group dubbed by industry insiders as on of Jamaica’s premier Roots Inspirational Reggae Band and the Caribbean.
The groups has released three CD entitled Open Your Eyes, Christmas Inna Jamdown and the latest, 4 A Reason which was produced by Katsjam Records, a production company owned and managed by him. Paul was responsible for all the live music for the entire Gospel Festival series including Kiddies Festival’s and the grand finals for three consecutive years. With the assistance of the Katalys Crew members and its Management team this task was accomplished successfully ending 2005. This is an annual event run by the Jamaica Cultural Development Commission (JCDC).
Seen as one of the bright sparks of up coming producers in Jamaica, Paul was the Co Producer for the winning song in the popular festival competition in 2003. In 2004 Paul again holds the coveted title as Producer and Co Producer for the winning songs in both the Gospel Festival and Popular Song Competition respectively, for the JCDC. The only such achievement by any producer in the history of the competition. As if that achievement was not enough, Paul in 2005 and 2007 also captured the coveted prize as producer of the winning song again in the gospel festival competition. In 2008 Cant Stop Now a song that Paul co-wrote and produced got the award for Best Gospel Song in the first staging of the Reggae Academy Awards.
Among other things, Paul holds a diploma in Entertainment Management, is a past member of the board at The Record Industry Association of Jamaica. While there, Paul sat on a steering committee that was eventually responsible for the birth of JAMMS (The Jamaica Music Society), also former member of the steering committee for gospel at the Jamaica Cultural Development Commission. Paul was instrumental in the formation of and a founding board member of the JGMN, (Jamaica Gospel Music Network) also a boardmember of JaRIA. In 2012 after being a member of the board of directors at JACAP for over 10 years Paul was appointed Chairman and also holds the position of President of ACCS – The Association Of Caribbean Copyright Societies.