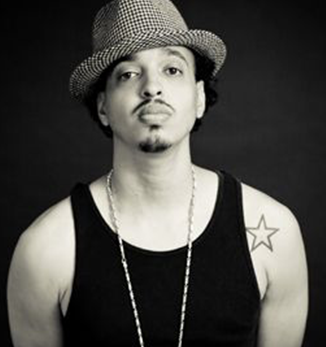 Sanjay was born in Jamaica, moved to New York City when he was three, returned to Jamaica and attended the Hillel academy along with other musical talents. After completing high school, he attended Florida International University where he obtained a bachelors degree in psychology. Despite graduating with honors, music was definitely his true calling and he returned to Jamaica indefinitely – and decided to pursue it full on.
Since his debut single “Strictly Physical” featuring Tami Chynn, Sanjay has gone on to collaborate with many other reggae and dancehall elites such as Vybz Kartel, Luciano, Cecile, Aidonia as well as others.
Having achieved regular radio rotation for songs such as “Man of My Words” (Guardian Angel Rhythm), “Slipping Away” and “Never Leave You Lonely” produced by Arif Cooper for Fresh Ear Productions Label, under which Sanjay is currently working, and also, “Lonely” (Legal Rhythm) produced by Renaissance Records. Sanjay has also worked with other illustrious producers such as Sam Diggy, Christopher Burch, Donavon ““Don Corleoni” Bennett, Steven McGregor, and Michael Bennett.
Sanjay’s music videos include songs such as “Ruff Tonite featuring Bedroom War,” “Lonely”, “Man of My Word”, “Bill Gates Money”, “Slipping Away”, Girls Like” and a soon to be released, self produced single titled “Love The Way You Move”.
His videos have enjoyed local exposure and have even been aired on MTV Italy, along with BETJ and Tempo.
Sanjay was also the featured upcoming artiste on the Travel Channel’s Hit television series, “No Reservation” with Anthony Bourdain, in the episode where they visited Jamaica.
Sanjay sizzles with creative energy, intelligence and charisma. Sanjay combines his Indian, African and European ancestry with his American and Jamaican experiences to offer a different point of view and promises to make a mark reggae lovers will never forget!
Sanjay is also heavily involved in Television Productions having worked on television shows such as Digicel Rising Stars, Fame & Fortune, Deal or No Deal, Claro Cash Cab, Magnum Kings and Queens of Dancehall, Intense, and The Wray & Nephew Contender.