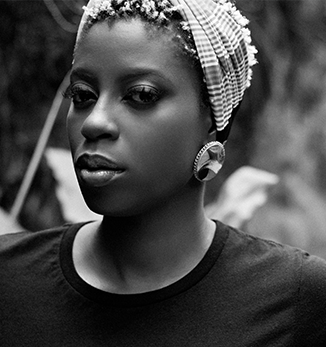 Syntyche’ Clarke can be described using only three words: fashionable,passionate and proud. The American-born producer, program director, promoter and all-around Jane of all trades, was raised in a Jamaican and Bajan household. It was in the home where Syntyche’ developed a pride and passion for her Caribbean culture, which would eventually order her career steps.
A self-proclaimed culture pusher, Syntyche’ enthusiastically shares Caribbean fashion, trends, music and art with anyone who is willing to learn more about it. However, her career start was in a traditional corporate environment; and it was there that many of her colleagues constantly affirmed what Syntyche already knew about herself: She was simply too creative for a 9 to 5.
In 2000, she took a leap of faith and landed a job as the executive assistant to Robert Livingston, CEO of Big Yard Music. She climbed the ladder at Big Yard Music, which was home to the reggae heavyweight and Grammy award-winner Shaggy, and began working in their marketing and promotions department. Syntyche continued on her path in marketing and promotions with RPM, a entertainment management company whose client roster included DJ Enuff and Kelis.
Syntyche found a home in radio with Irie Jam Media in 2003. Although she’s worked with some of the biggest names in the reggae, pop and hip-hop industries, Syntyche’ considers Irie Jam Media to be her big break—it gave her the opportunity to exercise the independence and creativity that she craved so much. In addition to hosting and producing her own radio show for Irie Jam, she produces every special event for Irie Jam Media—including the signature Irie Fashion Rave.
With an ear for music, eye for fashion and bold personal style, Syntyche saw a unique opportunity to promote music and fashion with her innovative event. Held in New York , Irie Fashion Rave promotes Caribbean reggae artists and fashion designers. Through Irie Fashion Rave, Syntyche continues to bridge the gap between Caribbean fashion and mainstream fashion.
In 2016, Syntyche founded Irie Butterfly Foundation (501 c 3) which is focused on philanthropic efforts in the Caribbean community and the community at large. Under the Mission Statement:
I.R.I.E Butterfly Foundation
I is to INFORM the next generation of the rich heritage that exist within/throughout the Caribbean .
R is the RESPONSIBILITY we believe is ours to ensure the positive attributes of our culture is promoted.
I is to INVOLVE the community in this effort.
E Is accomplish our goal through EDUCATION AND ENTERTAINMENT.
In the founding year of Irie Butterfly Foundation Syntyche spearheaded a campaign to collect and deliver over 20,000 cases of water to residents of Flint, Michigan who were adversely impacted by the water crisis in that city. The summer of 2016 Syntyche launched Irie Kids Summer Program educating, entertaining, and inspiring youth through Caribbean Culture, the launch began with 15 children, to date the enrollment is now 40 children. Operation Bellyfull an initiative launched February 2018 feeds the homeless in and around the community.
A true creator, Syntyche continues to produce events that inspire—through fashion and music, philanthropy in particular—the nourishment and promotion of Caribbean culture.